St Saviour’s was built on Bidston Road between 1889 and 1892 to replace a church of 1846 that had become too small for the needs of its congregation.  The church was constructed of durable red sandstone, quarried in Runcorn, with a slate roof.  In 1941 the roof and east end of the church were damaged by a bomb 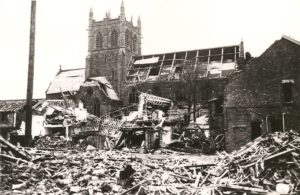 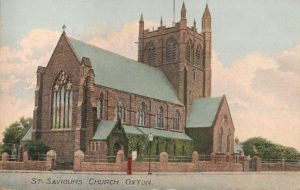 Christ Church is a Grade II listed building, built between 1844 and 1849, constructed in red sandstone from local quarries.  Much of the original stained glass was destroyed by a landmine in World War II 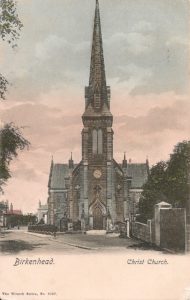 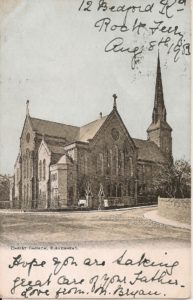 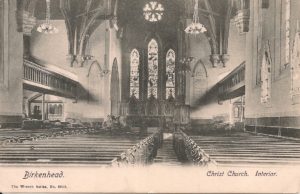 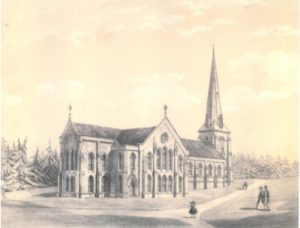 Built in Shrewsbury Road in 1879 as a chapel to Oxton St Saviour. In 1911 it became the district church for the district of Birkenhead, St Bede. In 1970 the building was deemed unsafe and was demolished in 1972, and worship transferred to St Bede’s, Claughton An nondenominational mission hall, built of corrugated iron, was opened in Newburn’s Lane behind the Queen’s Arms. This was replaced in 1929 by the present brick-built hall in Storeton Road with money provided by Miss Maitland Roy. It later became the Maitland Evangelical Church. 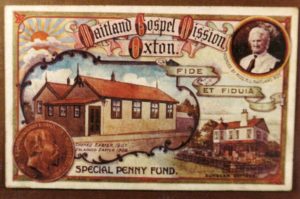 Building of Palm Grove Wesleyan Church was started in 1871 at the junction of Palm Grove and Lorne Road, and the church was expanded in 1887 by the addition of a nave.  It celebrated its centenary in 1971, but closed in 1978, when the congregation merged with Trinity Church in Beresford Road, and the Palm Grove Church was demolished. In 1920 the congregation of Palm Grove had raised funds for a memorial stained glass window, to commemorate the World War I casualties, and an oak communion table and screen, inscribed with the names of the dead. Following the demolition of the church the fate of the beautiful stained glass window is unknown. 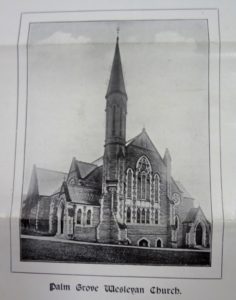 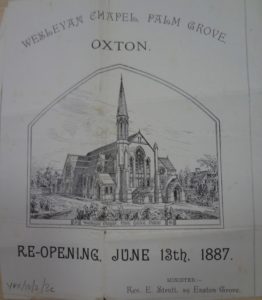 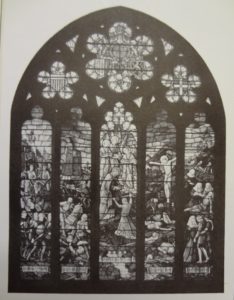 Trinity Presbyterian Church was built 1865-66 on a green field site at the corner of Beresford Road and Alton Road. In 1977 it was united with Palm Grove Church when that was closed and demolished, to become Trinity with Palm Grove United Reformed and Methodist Church. 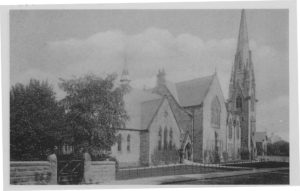